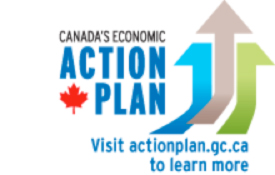 “The new Skilled Trades Program will address serious labour shortages that some regions of the country are facing, and will help grow Canada’s economy,” said Minister Kenney. “These long-overdue changes are part of the government’s plan to build a fast and flexible immigration system that is responsive to the needs of Canada’s economy. Canadian employers have long been asking for ways to get the skilled tradespeople they need to meet demands in many industries across the country. We’ve listened to their concerns and created this program in response.”

In the program’s first year, CIC will accept applications from up to 3,000 people in specific trades. The occupation list was designed to reflect current labour market needs and ensure the program delivers a diverse range of skilled tradespeople to fuel Canada’s economy. Within the 3,000, there will be no limit on 26 in-demand occupations, while 17 occupations will be subject to sub-limits of 100 applications each.

In total, there are 43 occupations eligible for the Federal Skilled Trades Program. Applications are expected to be processed within 12 months.

In addition to being qualified for an eligible occupation, Federal Skilled Trades Program applicants must demonstrate basic language proficiency in either English or French at the Canadian Language Benchmark (CLB) level 5 for speaking and listening, and CLB 4 for reading and writing. This is due to the overall importance of language as a determinant of immigrant success and general health and safety reasons. CLB 4 is considered basic proficiency while those with CLB 5 can more effectively participate in and understand routine conversations.

Other criteria include: a valid offer of employment in Canada or a certificate of qualification from a province or territory in a qualifying skilled trade; at least two years of work experience in the occupation within the last five years; and meeting the employment requirements set out in the National Occupational Classification system, with the exception of licensing requirements, which are addressed separately.

“The Federal Skilled Trades Program is yet another tool in the Canadian employer’s toolkit to find the workers they need to build Canada’s future economy,” said Minister Kenney. “This new program, along with all other changes we are introducing, will help us move towards an immigration system that better supports Canada’s economic growth and long-term prosperity.”